The “anti-role model” can still be a roll model

Promote Your Most Important Offer Here

This widget allows you to show your most important offer to all visitors.

Dead Man Walking! Would I Take the Vaccine?

Kidney Disease and 2021? There’s a Resolution for that..!

Receive an email when we publish a new post

An “anti-role model” can still be a roll model

Should we throw out the baby with the bath water? He has in the past inspired millions through his sport, inspirational attitude and ability to overcome adversity. 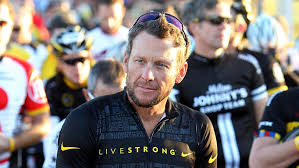 No one is perfect, everyone's ass has a crack in it!

Mr. Armstrong, took drugs to fuel his ambition to be the best. He is not alone there. For his sport, steroids, EPO, blood doping etc. were not allowed.

But, believe it or not, in some sporting competition it would be highly surprising if all the athletes were not on drugs!

A few years ago I represented Ireland in athletics, in Slovenia, at a European Games.

The ‘Team Ireland’ Doctor had a serious talk with some of the younger athletes. It was held in the pub at an insensible hour! She informed us that she would be carrying out regular drug testing and there would be serious consequences for anyone found DRUG FREE!

The Games in question were the European Transplant and Dialysis Games where everyone was on drugs, often lifesaving, as part of the course. It was a lighthearted comment that went down hilariously with all.

We need to see that everyone's situation is different and maybe we should be a bit gentler when prescribing blame to others.

Role models throughout the world often aspire to be noble, positive and upstanding but their reality can push them in very different directions due to pressures I can not even imagine. Can you?

Those with health issues are often driven to succeed in health, simply to survive and live.

Those in good health take this for granted and often aspire to succeed due to fame, money or greed. Both come with pressures and, so it appears, drugs.

With this in mind I still believe we all have the potential to be a role model.

Living up to this ideal however is something few can endure continually.

Therefore if people fail; clap them on the back, help them back on their bike and encourage them to continue on their journey.

Use this Bottom Section to Promote Your Offer